skip to main | skip to sidebar

Teruhiko has been a world leading inventor in hardware analog, digital and Microwave technology area, covering automobile auto alignment system and fuel jet control, wireless communications, mixed signal area as well as software area, especially micro computer programming. The most profound and epoch making technology breakthrough is on his invention of fingerprint sensor, including semiconductor sensor and pressure type fingerprint sensor, which is water proof and ESD proof and further he developed the very accurate fingerprint matching algorithm and actual microcode program, which he invented new highly sophisticated program, using complex plane filtering and further basic Minutiae algorithm. He also made standard of FAA and FAR for Global Biometrics Card Committee (GBCC). He is also responsible for standardizations of BioAPI for GBCC. 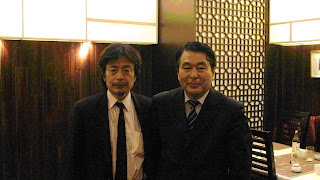 1. How world first Waterproof, ESD Proof, Pressure Sensitive Fingerprint Sensor has been developed.
In 1978 Mr.Fukushima, president and founder of ENIX, largest game programming company, such for SONY play station, when the company was very small on the only game was done in the computer with 5.25” drive, asked me to develop a fingerprint key system of the door. At that time, there was no DOS, no Windows, no MicroSoft.
Mr.Fukushima at that time, gaming market may have some limitation up to 10 years and after gaming market, he believes the door access by fingerprint will be the future.
He was born in Hokkaido, northern part of Japan, where people think security is very important. And he does not want carry any keys, just want to use his finger to open the door. He was investigating how may doors in the world and how large the market is. I told him successful possibility is 50% so I do not want to do that, but he told me if there is 1% possibility, still there is a possibility, so even though he will lose all money he will be happy, even though he is very stingy person. But I believe that person like Mr.Fukushima is the real pioneer and I am disappointed by US investor, who invests small amount of money and push too much. Actually total amount of money which Mr.Fukushima invested me by expenses but not by security is around $60M and I am curious how much money e-Smart has been invested on the sensor. I agreed with e-Smart to sell all IP, market and product development by $60M investment by Mr. Fukushima, for only $2M. This is because I trust e-Smart market, such as fingerprint sensor on a smart card is large and TERUHIKO wan to work together with e-Smart.
Mr.Fukushima now has billions of dollars and retired already and no interest in fingerprint market.
Teruhiko made the world first fingerprint sensor in 1983. Teruhiko made a matrix sensor by asking Mimura printing by making 50 micron pitch, but there was too many pinholes.
Then I made world first semiconductor fingerprint sensor development in 1995 and the patent is granted. May companies, including Fujitsu, Infineon, Veridicom, Finger Card and other companies were all infringing my patents. So, even Fujitsu sensor is based on may patents, so it can be called as my sensor, thus can be called e-Smart/BMF IP sensor. This means no one can make smart card with semiconductor sensor except e-Smart. If IDSmart or any other parties used semiconductor sensor, infringing Teruhiko patents, e-Smart and or BMF has right to sue them.
In 1995, I spent more than $1M to NEC to make semiconductor fingerprint sensor and they made a fingerprint sensor. Price was too high ($80).
Then I asked SONY in 1998 to make glass substrate sensor, using poly-Silicon TFT, which has been used in LCD display. Mr. Kato, god father of LCD display finally agreed to make fingerprint sensor after 6 months negotiations. SONY has high temperature poly silicon TFT technology using quartz substrate, where annealing temperature is 1200 degree centigrade. In 1999, I have displayed SONY-made sensor in Cebit 1999.
This was $100 per sensor. SONY, afterwards, decided to make their own sensor and by their own ego stopped making my sensor.
Then I had to move to SANYO to make a sensor based on Low temperature poly Silicon TFT. What is good was SANYO was so happy to do that thus they invested us $1.5M. later I bought back all shares I sold at that time and thus I have all my right on BMF.
They made a sensor in 2000 and start selling sensor from 2001. At the same time I asked NEC to back up. NEC made FBI size sensor whereas the size is 1”x1” for me.
SANYO made 85,000 pcs of sensor.


2. IP of sensors.
Tamori have filed more than 50 patents, most of that has been granted.
3. Sensors in the Market
In so many places my sensor has been used.
A) Police Department: In 2001 we sold sensor to Gunma Police department. We have won the competition over NEC on this deal, because my sensor is water proof and dry finger proof, but NEC was using Prism, which is not water proof or dry finger proof. But they asked us to sell through NEC for keeping face. The volume was around 10,000. Price was $30.

B) Denver Airport:
My sensor has been used in Denver airport to check Pilots and flight attendants for smuggling and drugs carry since 2005. About 2,999-3,000 sensor has been sold to them.

C) Gun Case:
Chinese companies has been using my sensor to Gun case for worldwide market. Total amount was around 20,000. 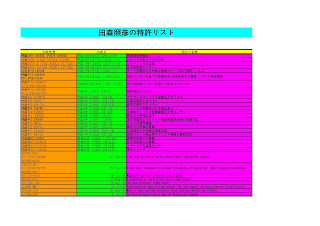 Click on the image to enlarge.
Posted by We Change the World at 11:53 PM

We Change the World
send me a message